A 55-year-old female with history of triple negative breast cancer stage IIA status—post-surgery and chemotherapy in remission for 5 years—presents with pleuritic right-sided pain in the infrascapular region with progressive dyspnea on exertion over the past 2 weeks. The patient had hemodynamically stable vital signs. 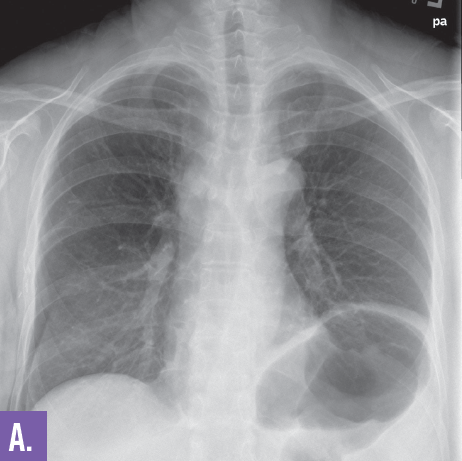 Figure 1a and b. Chest radiograph shows elevation of left side hemidiaphragm.

Radiographic images. Initial chest radiograph on admission (Figures 1a and 1b) showed new elevation of left side hemidiaphragm. Further evaluation of a CT scan of the chest with intravenous contrast revealed small bilateral pulmonary emboli along with a superior mediastinal mass (Figure 2). The patient underwent an anterior mediastinoscopy and biopsy confirmed it to be a metastatic adenocarcinoma from breast cancer. The elevation of diaphragm was probably due to the paralysis of the phrenic nerve caused by compression of the tumor mass. 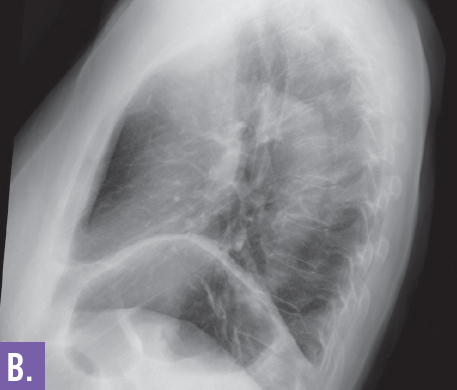 Discussion. Diaphragmatic paralysis may be caused by tumor compression upon or invasion into the phrenic nerve or the brachial plexus C3-C5 nerve roots. The most common malignant causes of mediastinal tumors are non–small-cell lung cancer (approximately 50% of patients), small-cell lung cancer (approximately 25% of patients), lymphoma, germ cell tumor, thymoma, and other metastatic lesions.1 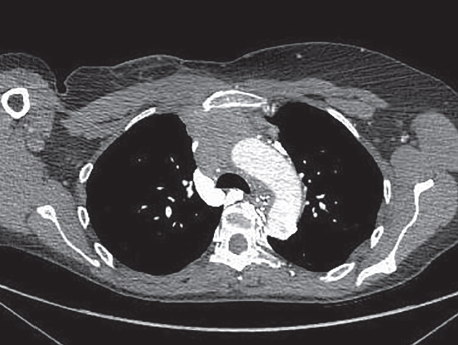 Outcome of the case. Our patient was initially treated with dexamethasone and external beam readiation therapy with improvement in her symptoms, but her overall prognosis is grim. The staging workup revealed widespread metstatic spread to brain and adrenal glands.