A 62-year-old man presented to the emergency department from home with a change in mental status. On arrival, he was obtunded with an impaired gag reflex. He was intubated for airway protection. The patient had a known history of alcohol and substance abuse. Other medical problems included diabetes mellitus, hepatic encephalopathy, hypertension, and depression. Alcohol screen results were negative, while urine drug screen results were positive for opioids.

Within 3 hours of intubation, the patient was alert enough to undergo extubation and eventual consultation with psychiatry and substance abuse personnel. His postextubation chest radiograph is shown in Figure 1. An azygos fissure and lobe were noted incidentally on the film. The remainder of his hospital course was unremarkable, and he was discharged with appropriate follow-up. 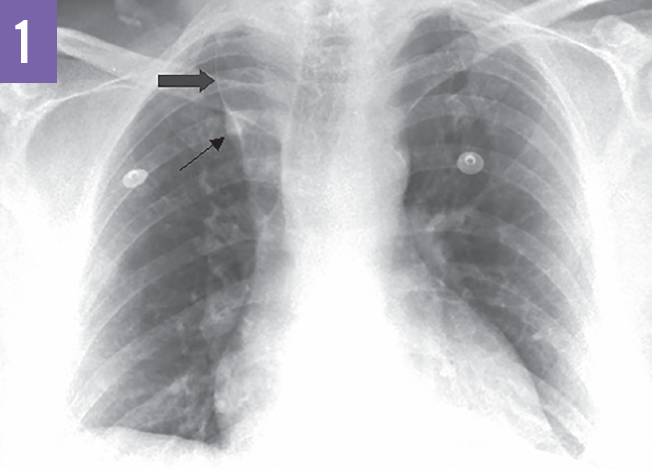 Discussion. The azygos fissure forms when the embryologic azygos vein (posterior cardinal vein) migrates through the apical portion of the right lung instead of medial to it.1 As the vein invaginates the lung, it creates a fissure (mesoazygos) with 4 pleural layers (2 parietal and 2 visceral). Normally, the azygos arch lies just superior to the origin of the right main bronchus. However, in patients with an azygos fissure, the azygos arch is more cephalad.2 The lung medial to the fissure is called the azygos lobe, although it does not have a separate bronchial or vascular supply. 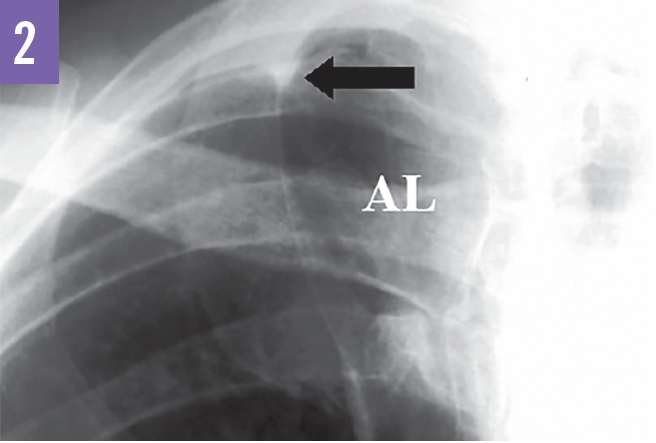 Figure 2. An enlargement of the apex of the right upper lobe in a different patient with an azygos fissure. The arrow marks a triangular density, the trigonum parietale. The trigonum marks the starting point of the migration of the azygos vein through the lung. The azygos lobe is marked with “AL.”

The azygos fissure, lobe, and arch are all easily identified on thoracic computed tomography (CT) scan. On CT scan, it is more apparent that the azygos lobe may be intimately associated with the anterior and especially the posterior tracheal wall (Figure 3).2 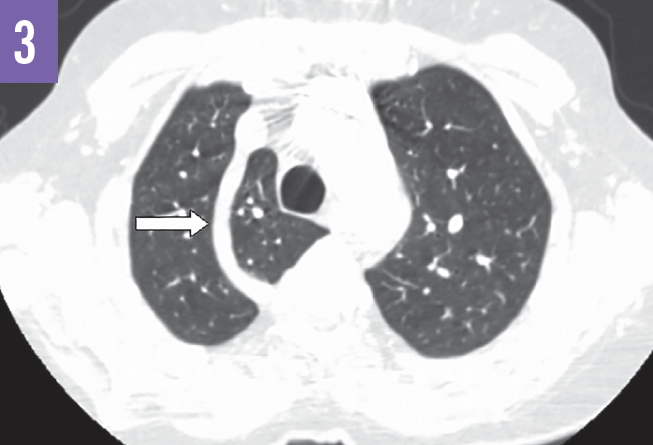 Figure 3. A thoracic CT scan is shown in our patient at the level of the azygos arch (arrow). Note how close the azygos lobe is to the trachea, especially posteriorly.

For the most part, it is of no clinical significance except that it can be confused with other conditions such as bullae, apical scarring, and displaced fissures. In these cases, demonstration of the azygos vein in its normal location suggests the correct diagnosis. Thoracic CT may be required in some cases, because the azygos arch is often not demonstrated on upright radiographs.7 Also, the presence of an azygos lobe may complicate certain surgical procedures such as video-assisted thoracoscopic surgery for the treatment of pneumothorax and thoracoscopic sympathectomy.8,9