Anemia and Malnutrition in a Vegan Toddler: Diet-Related, Neglect, or Something Else?

CITATION:
Zader S, Librizzi J, Parikh K. Anemia and malnutrition in a vegan toddler: diet-related, neglect, or something else? Consultant for Pediatricians. 2015;14(2):81-82.

A 4-year-old, unimmunized African American girl presented with crampy abdominal pain, intermittent bloody diarrhea, occasional nighttime fever, decreased appetite, and a 4.5-kg weight loss over a 4-month period. She had no recent travel history, and no sick contacts were reported.

The girl’s dietary history included a strict vegan diet supplemented with commercial and homemade herbal remedies. Before presentation, her primary physician had noted the presence of anemia in the girl and had recommended an iron-rich diet.

At presentation, the girl was cachectic and tired-appearing. Her vital signs were significant for tachycardia (135 beats/min). Her weight was 11.4 kg (less than the first percentile), and her height was 100 cm. Physical examination revealed diffuse hyperpigmented patches on the extensor surfaces of her lower extremities and a perianal skin tag.

Results of initial laboratory studies were significant for profound microcytic anemia, with a hemoglobin level of 2.9 g/dL, mean corpuscular volume of 70.5 µm3, red blood cell distribution width of 61.4%, and a hematocrit level of 11%. She also had hypoalbuminemia (1.0 g/dL) and mild electrolyte abnormalities (sodium, 132 mEq/L; potassium, 2.9 mEq/L; and bicarbonate, 27 mEq/L).

The initial workup of the patient was challenging because of her severely malnourished state, her significant anemia, and the high risk of refeeding syndrome. Management required multiple transfusions of packed red blood cells in small aliquots, along with the slow introduction of enteral feeding and total parenteral nutrition with monitoring for refeeding syndrome. Laboratory testing, including stool studies, was performed, but invasive diagnostic testing (ie, endoscopy) was delayed due to the girl’s severe clinical presentation.

Questions remained about whether the profound malnutrition alone resulting from her restricted home diet could have led to malabsorptive bowel pathology that characterizes inflammatory bowel disease. Results of a workup for infection were negative.

Once her nutritional and hemodynamic status had been stabilized, the patient was able to undergo an endoscopy/colonoscopy on hospital day 26, which revealed profuse patchy ulcers with large pseudopolyps (Figures 1-4).

The results of biopsies showed mild chronic active duodenitis, gastritis, and colitis, with cryptitis and ulceration throughout the colon and with focal active proctitis, which confirmed the diagnosis of Crohn disease. 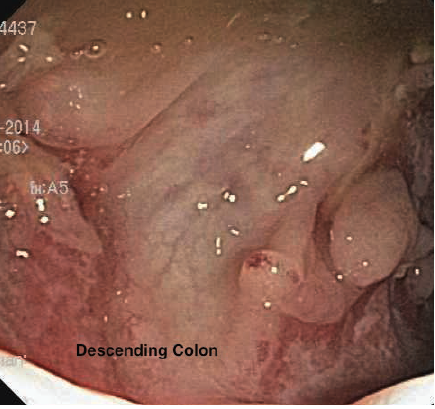 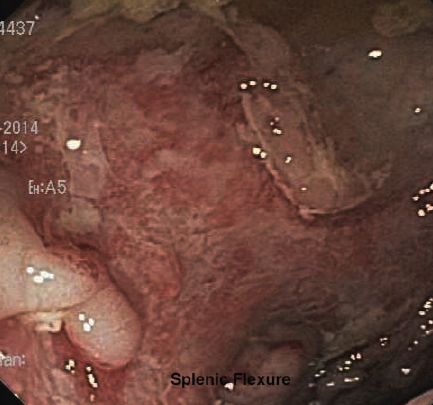 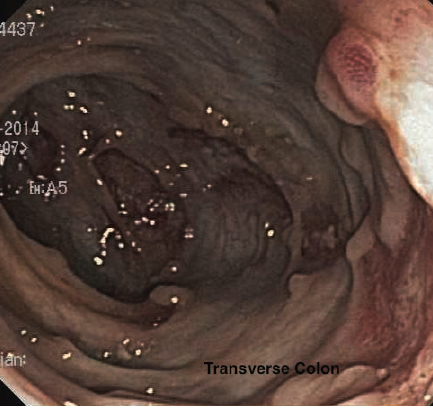 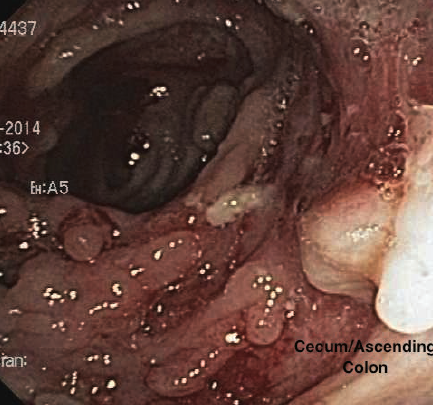 She initially was treated with corticosteroids along with ongoing nutritional rehabilitation with total parenteral nutrition and enteral feeding with a low-residue vegan diet. While on these therapies, she demonstrated clinical improvement, with a 6.4-kg weight gain, a decreasing calprotectin level, and normalization of her albumin level.

This patient’s case is a unique presentation of Crohn disease with several confounding factors, including a restricted diet, the administration of multiple home remedies, and an unimmunized state, that made the initial diagnosis challenging. The girl’s levels of hemoglobin and albumin, indicating profound anemia and malnutrition, were well below what other studies have identified as average levels in a child with Crohn disease.1

Still unknown is whether one of these factors alone exacerbated her symptoms, or whether a combination of factors resulted in such a profound presentation.

Sarah Zader is a medical student at the George Washington University School of Medicine and Health Sciences in Washington, D.C.