A 14-year-old girl presented with itchy and watery eyes, nasal congestion and pruritus, sneezing, and a scratchy throat—the classic symptoms of allergic rhinitis (AR). Her symptoms waxed and waned throughout the year but were worse in the spring and fall. She had no history of eczema or asthma and had no known drug or food allergies. Her parents smoked cigarettes in the home, and there were no pets. Physical examination findings were significant for allergic shiners, Dennie Morgan lines, 3 transverse nasal creases, and boggy nasal turbinates (Figure). 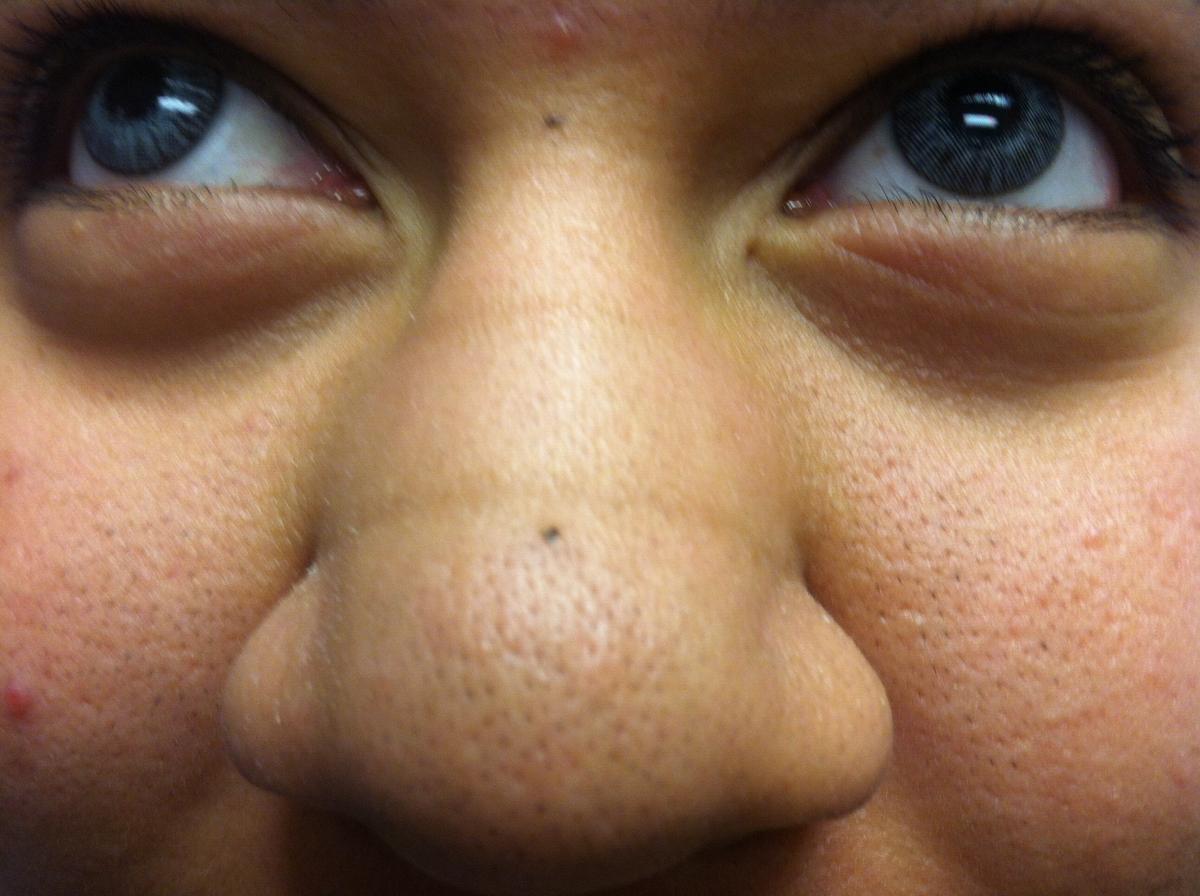 AR is an immunoglobulin E (IgE)–mediated inflammatory response of the nasal mucosa induced by allergen exposure.1 There are 2 types of AR, seasonal and perennial. Seasonal AR occurs after exposure to aeroallergens such as weed and tree pollens, whose presence varies with geographic location and climate. Perennial AR results from exposure to year-round allergens such as molds and dust mites.2

Children with a history of atopic diseases such as rhinoconjunctivitis, atopic dermatitis, and food allergies are at increased risk of developing AR.3 The risk of developing otitis media with effusion is increased in patients with AR.4 Other risk factors for developing AR include white ethnicity, a family history of atopy, higher socioeconomic status, environmental pollution, and exposure to tobacco smoke.3,5 Additionally, AR is a significant risk factor and a trigger for asthma, and the severity of asthma is correlated with the severity of AR.1

The increased prevalence of AR in urban areas may be related to the “Western lifestyle” and/or outdoor pollution and may be partly explained by the hygiene hypothesis.1 The hygiene hypothesis suggests that early-life exposures shape the immune system to either a type 1 helper T cell (TH1) nonallergic profile or a type 2 helper T cell (TH2) allergic profile, whereas a “sterile” environment is thought to shift the immune system into a TH2 profile and promote the development of allergic diseases.1

The diagnosis of AR in children and adults usually rests on history and physical examination findings. If the diagnosis is unclear or if therapy fails, referral to a subspecialist for allergen-specific testing may be helpful.7 Although IgE blood testing avoids the risk of anaphylaxis and difficulty with test interpretation compared with skin prick testing, the average sensitivity of IgE blood testing is lower, ranging from 70% to 75%.8 Nevertheless, the decision for testing is left to clinical discretion and the availability of a subspecialist.7

AR has a high comorbidity with asthma, depression, anxiety, and attention-deficit/hyperactivity disorder, although a causal relationship has not been established.9 Although patients and clinicians may consider AR a nuisance and not pursue treatment, proper treatment can greatly improve quality of life.

Treatment options include environmental, complementary, and pharmacologic strategies (Table). Environmental control measures and lifestyle modifications are encouraged for all patients with AR. The removal of pets from the home, the use of acaricides, and combined strategies such as washing pets twice a week, using air filters, and using impermeable bed covers effectively reduce symptoms in persons with pet and dust mite allergies.7,10 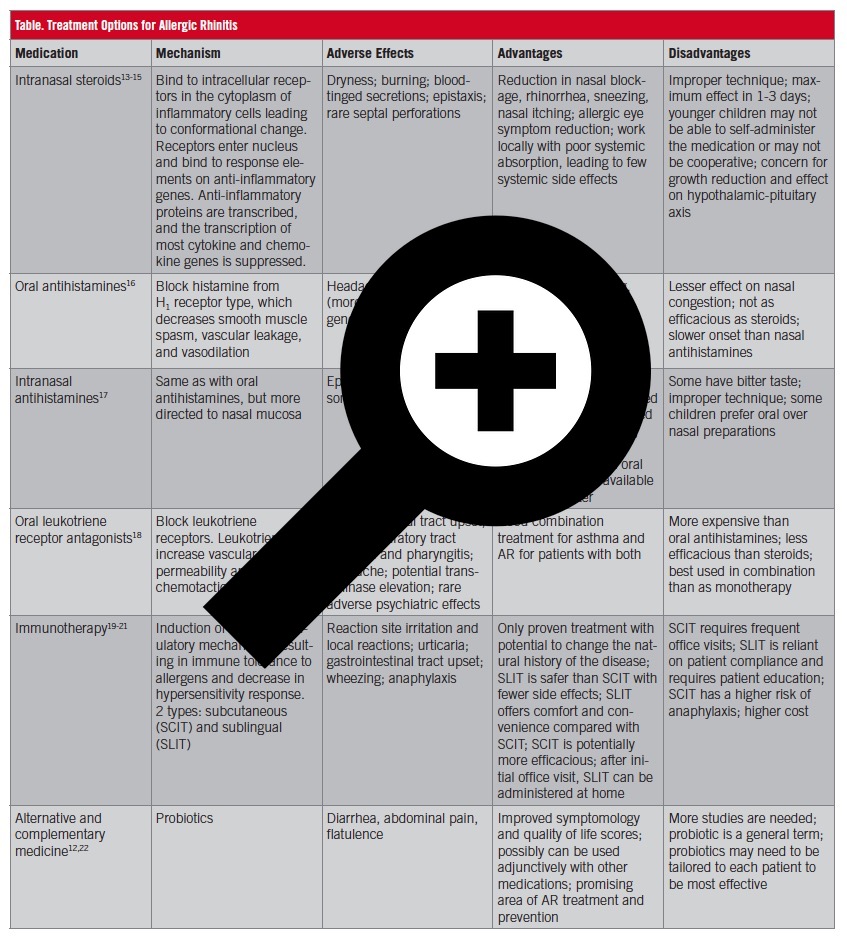 Although complementary and alternative therapies have been used for the treatment of AR, their efficacy is not supported by the available scientific evidence, and accordingly no recommendation has been made in the guidelines.7 In the case of probiotics, the results of a recent meta-analysis showed that probiotics significantly reduced nasal and ocular symptoms scores.11

NEXT: The Take-Home Message

AR is a disease that can vary in presentation, severity, and precipitants. Between office visits and prescription medications, approximately $3.4 billion is spent annually in the United States.12 Early effective treatment improves quality of life and can reduce the occurrence of sleep disorders, learning disabilities, and asthma exacerbations.

Due to the severity of our patient’s symptoms, she received a diagnosis of perennial allergies and was started on oral antihistamines and an INS.

Ericka Howard, BA, is a student at the McGovern Medical School at the University of Texas Health Science Center at Houston.

Adriana Morell-Pacheco, BS, is a student at the McGovern Medical School at the University of Texas Health Science Center at Houston.

Lynnette Mazur, MD, MPH, is a professor in the Department of Pediatrics at the McGovern Medical School at the University of Texas Health Science Center at Houston.