A 53-year-old woman presented to the dermatology clinic with a recurrent rash of the neck, occipital hairline, and the posterior auricular area (Figure 1). She reported recurrent outbreaks in these areas over the past year, with gradual improvement following use of topical steroid creams. 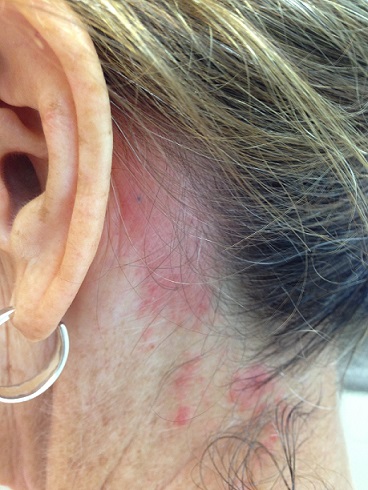 The treating physician diagnosed the patient with probable allergic contact dermatitis, and she was referred for patch testing to identify a specific trigger.

Laboratory tests. Patch testing was performed with an extended series of allergens. At the 72-hour patch test reading, a strong reaction was noted to paraphenylenediamine (PPD, Figure 2). The patient reported that she did use hair dye on a regular basis. She was counseled on the need for future avoidance of all hair dyes containing PPD. 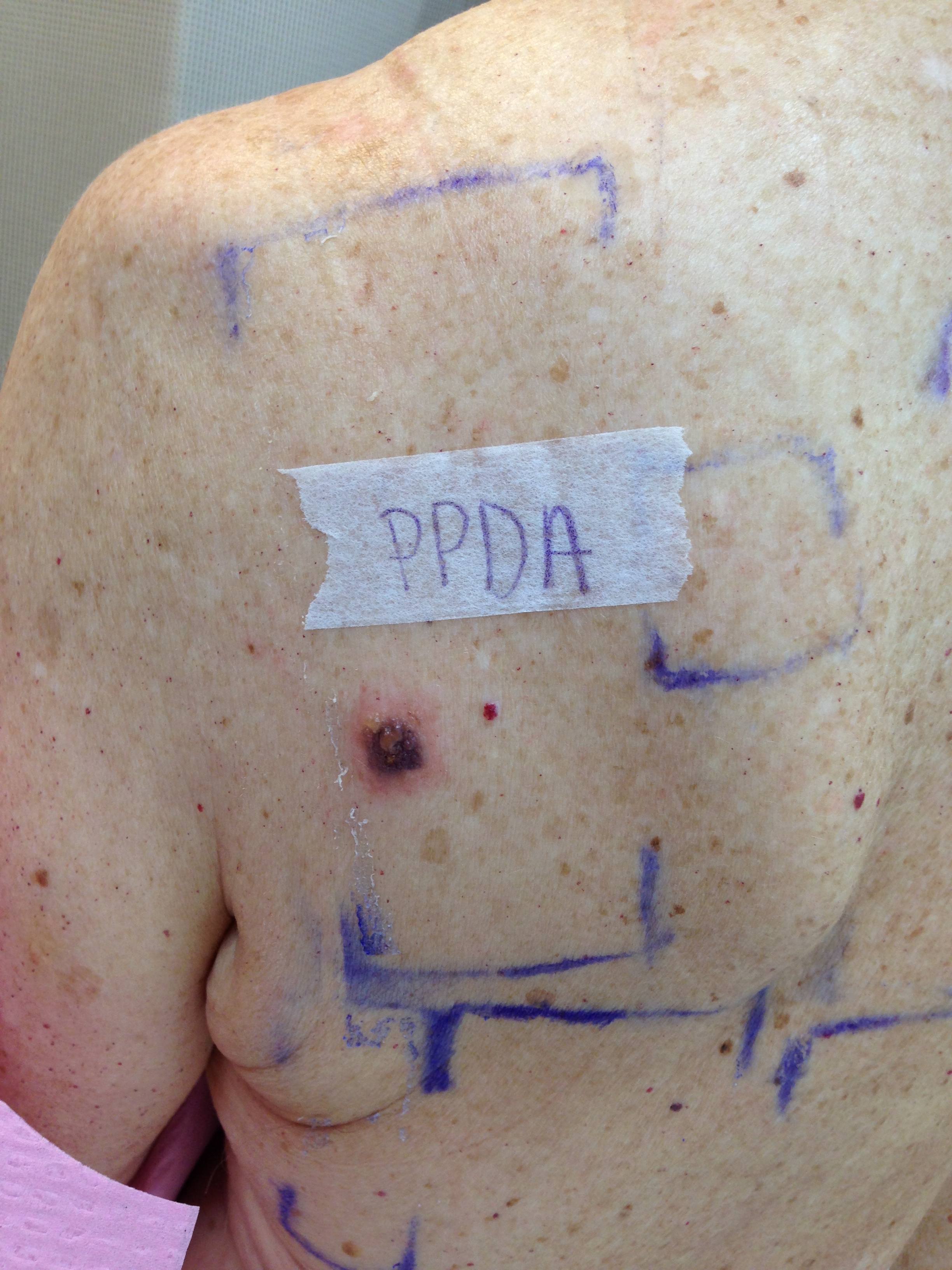 Discussion. PPD is the main ingredient in almost all permanent and semi-permanent hair dyes sold in the United States. Although many patients presume that hair dye allergy occurs mainly on the scalp, this area is actually a less common site of PPD allergy.

The dermatitis is most often seen at the hairline, including both the frontal hairline and at the nape of the neck, as seen in our patient. Other frequently involved areas include the helices, the posterior auricular area, and the eyelids. It is believed that the thicker dermis of the scalp makes it less susceptible to developing allergic contact dermatitis than the skin of the face, neck, and ears.1

Allergic contact dermatitis is a T-cell mediated reaction, also known as delayed-type hypersensitivity. This delay in appearance of the rash is the reason that identifying the trigger factor is so difficult for many patients. The dermatitis classically presents 48 to 72 hours following exposure. Patients may present with erythema, vesicles, and/or localized edema. With progression, the rash may appear progressively more scaling.2,3 On rare occasions, systemic manifestations (eg, anaphylaxis) have been documented.4

Treatment. The mainstay of therapy is treatment with topical steroid creams or ointments. The targeted anti-inflammatory effects of topical steroids will aid in resolution of the acute dermatitis. In severe cases, systemic steroids (eg, oral prednisone) may be required.

Once allergic, patients are allergic for the entirety of their lives. They are susceptible to acute attacks whenever exposed to PPD, and therefore the best management is complete avoidance. For patients who wish to continue dyeing their hair, alternate hair dyes that are free of PPD should be recommended (eg, pure henna).5

In addition, patients should be advised that cross-reactions may occur with other chemicals. Specifically, patients allergic to PPDA may have reactions to blue disperse clothing dyes. Cross-reactions have also been reported to para-aminobenzoic acid-containing sunscreens and topical sulfonamides.6