3-Year-Old With Facial Palsy After an Ear Infection

The mother of this 3-year-old boy noticed that his smile was asymmetric when he awoke that morning. He had been seen 3 days previously for left ear discomfort, sore throat, and a low-grade fever. 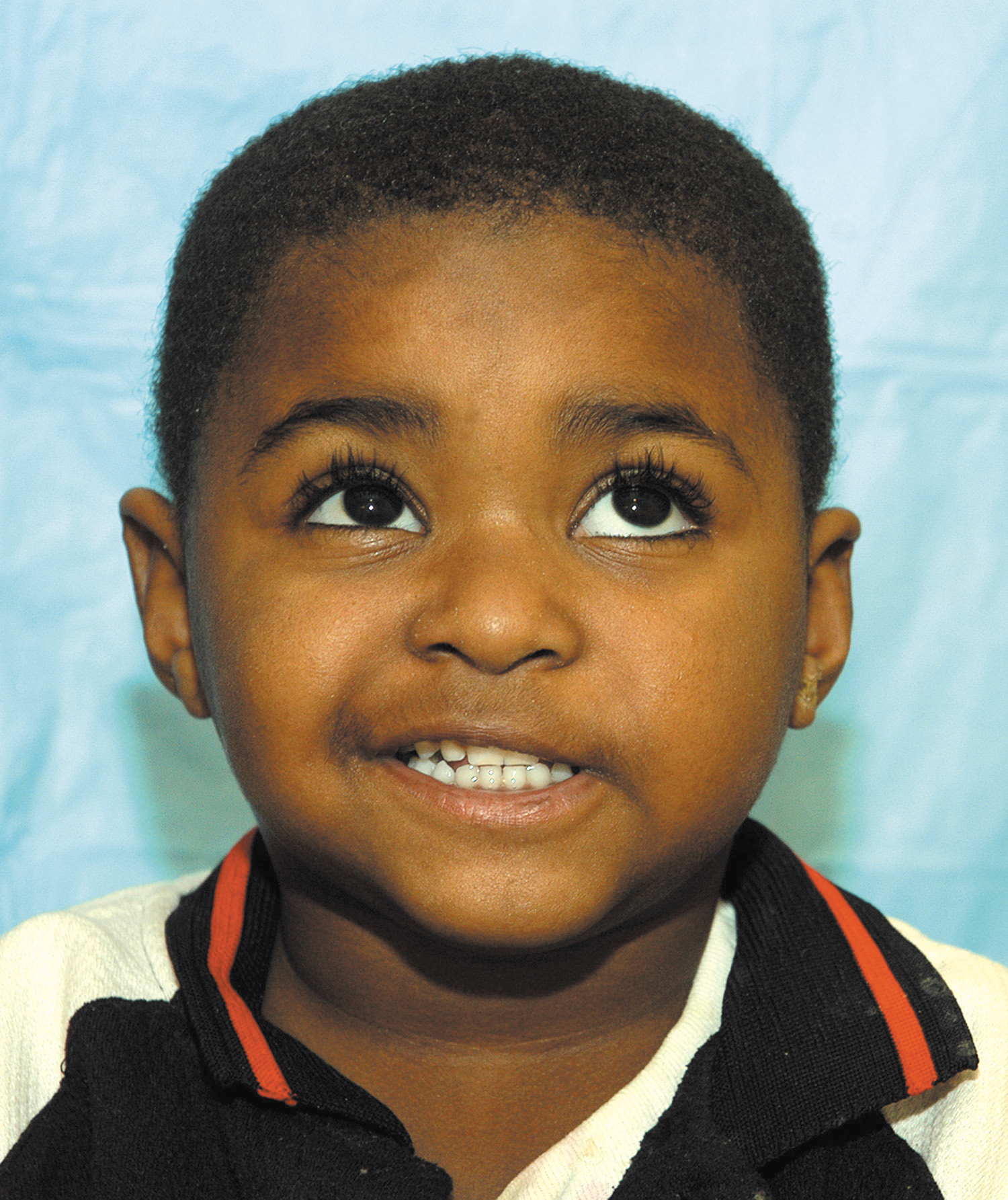 Otitis media was diagnosed, and amoxicillin was prescribed. The child has an unremarkable history and is otherwise healthy. He has been acting normally and tolerating food and liquids without difficulty.

The patient's temperature is 38°C (100.4°F). He appears nontoxic, and his responses are appropriate. His left tympanic membrane is inflamed, and the drum is bulging. A purulent discharge is noted in the left ear canal and surrounding area. The right tympanic membrane is also inflamed and bulging, but there is no discharge. A left facial droop is noted. The child is able to close his left eye and has partial eyebrow movement. His facial sensations are intact. In the left ear, he is unable to hear the examiner rubbing his fingers together. The remainder of the physical examination findings are unremarkable.

What is the most likely cause of the patient's facial palsy?

Answer and discussion on the next page >>

DISCUSSION: This child has acute palsy of the seventh cranial nerve, an uncommon complication of otitis media.

The patient was admitted to the hospital. A CT scan of the inner ear and mastoids revealed bilateral opacification of the mastoid air cells with mild erosion of the tympanic portion of the facial canal on the left side (Figure). He underwent bilateral myringotomy with pressure-equalizing tube placement and received intravenous ceftriaxone and dexamethasone( as well as ciprofloxacin(/dexamethasone otic suspension. The patient was discharged after 3 days with prescriptions for oral amoxicillin/potassium clavulanate and ciprofloxacin/dexamethasone otic suspension. He recovered uneventfully. 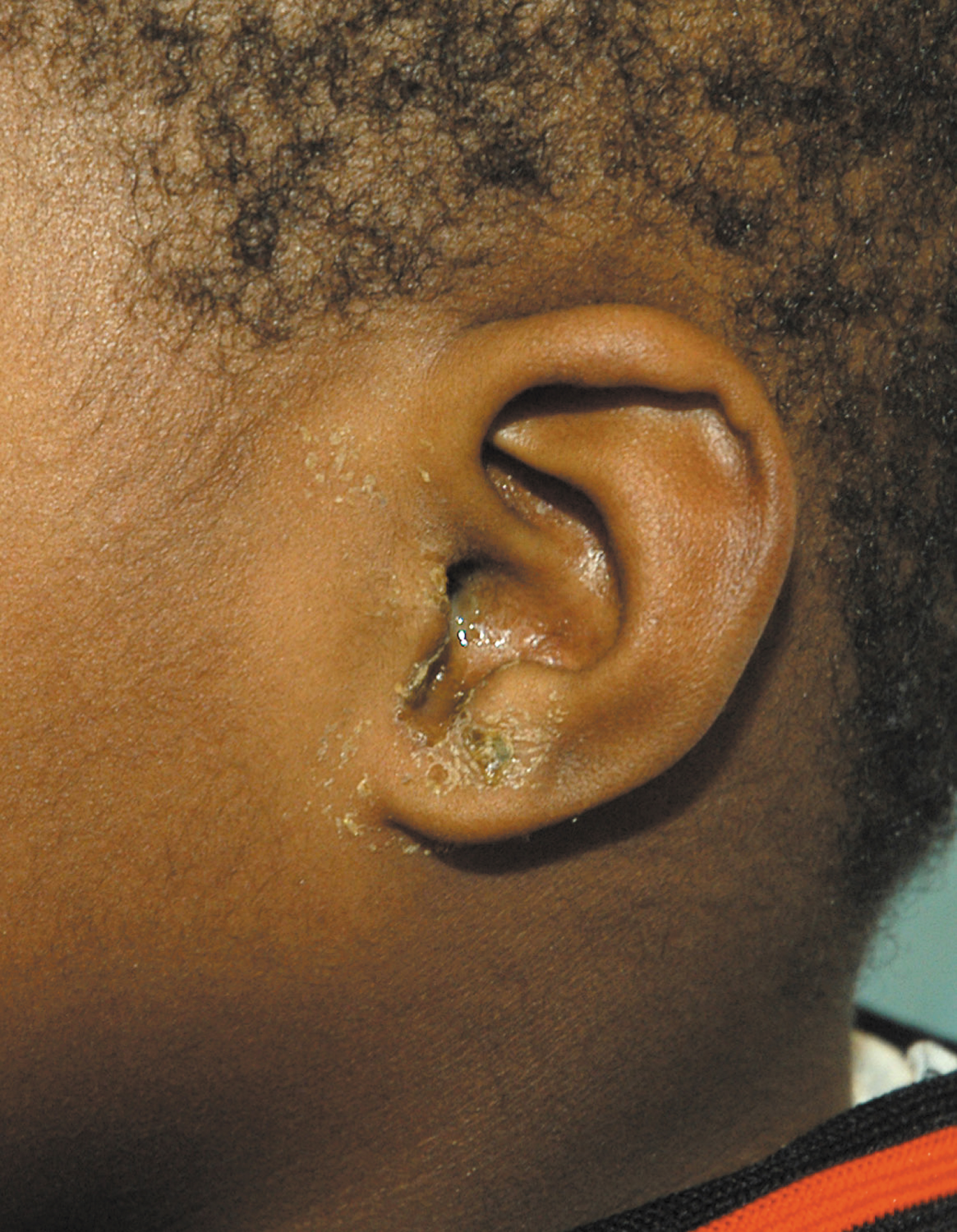 Before the antibiotic era, the estimated incidence of facial paralysis associated with acute inflammation of the middle ear was 0.5% to 0.7%; the current incidence is 0.2%. The precise cause of this complication is unknown. It is thought to be mediated by intrafallopian inflammatory edema and consequent ischemia with neurapraxia.1 Facial nerve palsy may develop despite antibiotic therapy; it may also be the presenting manifestation of otitis media.

Conservative treatment involves antibiotics, decongestants, and myringotomy (with or without tube placement). Surgical intervention may be required for acute or coalescent mastoiditis or if the patient's condition fails to improve. Surgery may also be warranted for suppurative complications, which are usually associated with Gram-positive cocci, especially Streptococcus pneumoniae and Staphylococcus species.

Bell palsy, first described by Sir Charles Bell more than a century ago, is one of the most common facial paralyses. Bell palsy is a diagnosis of exclusion. The pathophysiology of this disorder is unknown, although genetic, immunologic, infectious, and vascular causes have been implicated. Patients often present with unilateral facial weakness of abrupt onset. Less common symptoms include dry eyes, hyperacusis, altered taste, and postauricular discomfort. The diagnosis is made clinically; there are no confirmatory laboratory tests.

Corticosteroids and antiviral agents are often prescribed despite evidence that they are ineffective. Local eye care measures (such as tear substitutes and lubricants) are recommended.

Ramsay Hunt syndrome (herpes zoster oticus), first described in 1907, is an acute facial paralysis associated with herpetiform vesicular eruptions of the auricular skin. Patients often present with severe ear discomfort associated with a rash or blisters. Examination may reveal vertigo and ipsilateral hearing loss, seventh-nerve paresis, and tinnitus. The blisters usually involve the auricle but may extend into the canal. Secondary bacterial infections, such as cellulitis, sometimes develop in the affected areas. Herpetic lesions may also appear on the soft palate and the anterior two thirds of the tongue.

Treatment involves a combination of antiviral agents and corticosteroids. Local anesthetics may be useful to relieve otalgia. Vestibular suppressants may be required for severe vestibular symptoms. Fewer than half of patients recover completely from this disorder.

Lyme disease, the most commonly reported vector-borne disease in the United States, is associated with palsies of cranial nerves III through VIII in about 5% to 10% of untreated patients. Facial paralysis is reported in 10% of patients; bilateral paresis develops in 25% of these persons. The latter finding distinguishes Lyme disease from idiopathic Bell palsy and other disorders that are unilateral rather than bilateral.

Treatment consists of a 14- to 28-day course of intravenous ceftriaxone. Alternatives include intravenous penicillin G and cefotaxime. Doxycycline is an appropriate choice for patients who cannot tolerate ß-lactam antibiotics.

David Effron, MD, is assistant professor of surgery at Case Western Reserve University, attending physician in the department of emergency medicine at the MetroHealth Medical Center, and consultant emergency physician at the Cleveland Clinic Foundation, all in Cleveland.