A 14-year-old girl presented to her pediatrician with a 1-day history of severe bilateral wrist pain. The patient, a runner and former gymnast, reported that on the day before, she had been weightlifting in her physical education class at school.

She reported that she and the other students had been performing “power cleans,” an exercise in which athletes lift a barbell from the floor, maintain a semi-squat, raise the bar to the chest, and swiftly raise the forearms and extend the wrists to raise the bar to shoulder level. After practicing this move, the students “maxed out” the weight on the bar to perform a “1-repetition maximum lift.”

As the patient raised the 38.6-kg (85 lb) weight to her chest, she felt a pop in both wrists and immediate, excruciating pain.

The patient had a history of mild, intermittent asthma that had been treated with albuterol as needed but with no inhaled corticosteroids; she did have a remote history of a burst of systemic corticosteroids. A year previously, she had been evaluated for short stature, and a wrist radiograph at the time exhibited normal mineralization and a bone age of 12 years with a chronological age of 13.6 years, normal findings that were within 1.7 deviations of the mean. Menarche had occurred 7 months prior to the wrist injury.

Anteroposterior radiographs are shown below. 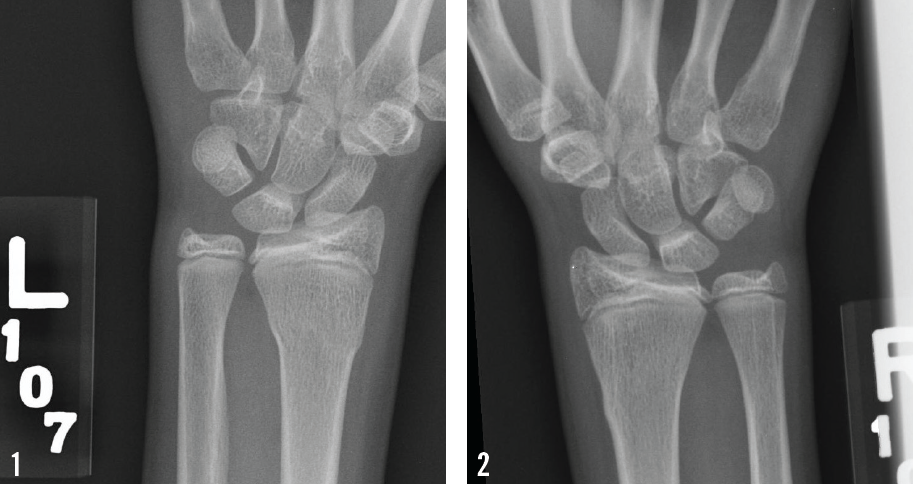 What explains the girl’s pain and swelling of the wrists?

A. Transverse fractures of the distal radii
B. Compression neuropathy of the ulnar nerves
C. Sprain of the pisotriquetral ligaments
D. Avascular necrosis of the capitate bones

Answer: A, transverse fractures of the distal radii

At presentation, her vital signs were normal. Her height was 147 cm (1.4%), her weight was 36.9 kg (1.4%), and her body mass index was 17.0 (13.3%). She was a petite girl in moderate discomfort. Both wrists had mild swelling over the distal extensor surfaces with no gross deformity. Radial and ulnar pulses were intact, capillary refill was less than 2 seconds, and sensation was intact. Her fingers had full range of motion. Both wrists had decreased flexion and extension due to pain, with maximum tenderness elicited upon supination.

Wrist radiographs revealed bilateral transverse fractures of both distal radii, with slight apex dorsal angulation on the right side (Figures 1-6). Both sides showed normal mineralization and slight age-appropriate openings at the epiphyses. 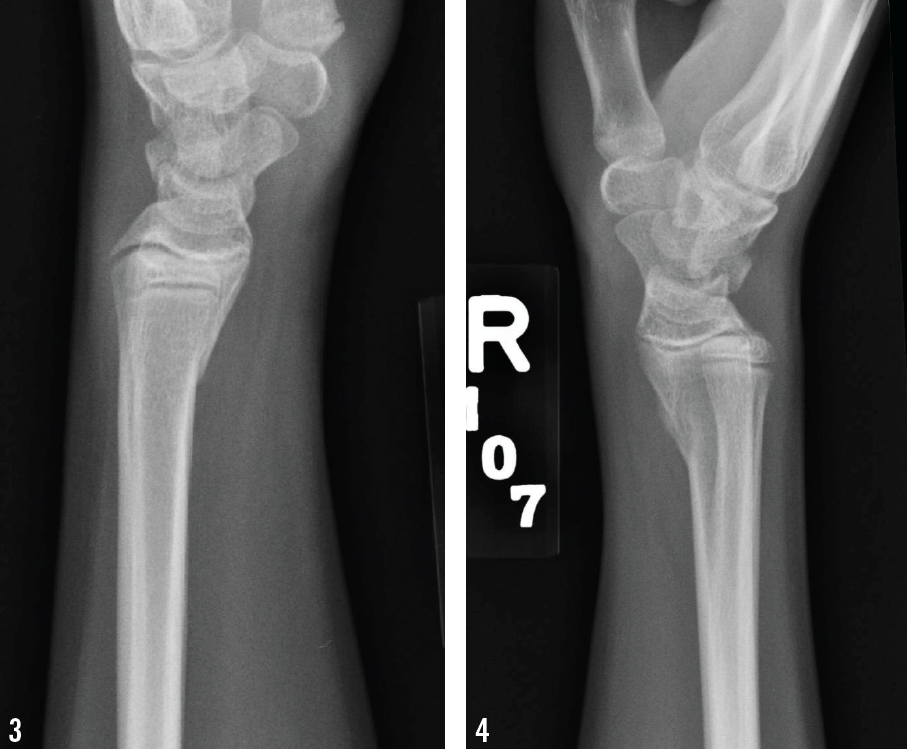 Her wrists were splinted, and she was evaluated and casted by an orthopedist. Subsequent radiographs showed normal healing.

The most recent statement on strength training by children and adolescents from the American Academy of Pediatrics (AAP) Council on Sports Medicine and Fitness1 highlights the benefits of strength training for the pediatric population, including performance gains, injury prevention and rehabilitation, and general health improvements. But the document also cautions against the risks that it poses to children.

It is important to distinguish that strength training employs resistance to build strength and power, but it does not necessarily involve the use of weights. Weight training employs free weights or resistance machines, whereas power lifting uses explosive movements and maximally heavy weights.

The AAP supports developmentally appropriate strength training for all athletes, with proper supervision, loads, and techniques. But the AAP opposes “childhood involvement in power lifting, body building, or use of the 1-repetition maximum lift as a way to determine gains in strength,” because of the difficulty of maintaining proper technique and the risk of subjecting skeletally immature athletes to excessive mechanical loads.1

Because the timing of skeletal maturity varies from child to child,2 and an immature growth plate is more vulnerable to shear and tension forces, a youth strength-training program must take into account this potential source of injury.3 Faigenbaum and Myer cite several reports of radial fractures sustained by poorly supervised adolescent weightlifters.3

The key to preventing skeletal injuries during strength training in children and adolescents is expert supervision to keep the exercise appropriate to the age and development of the young athlete.1,3 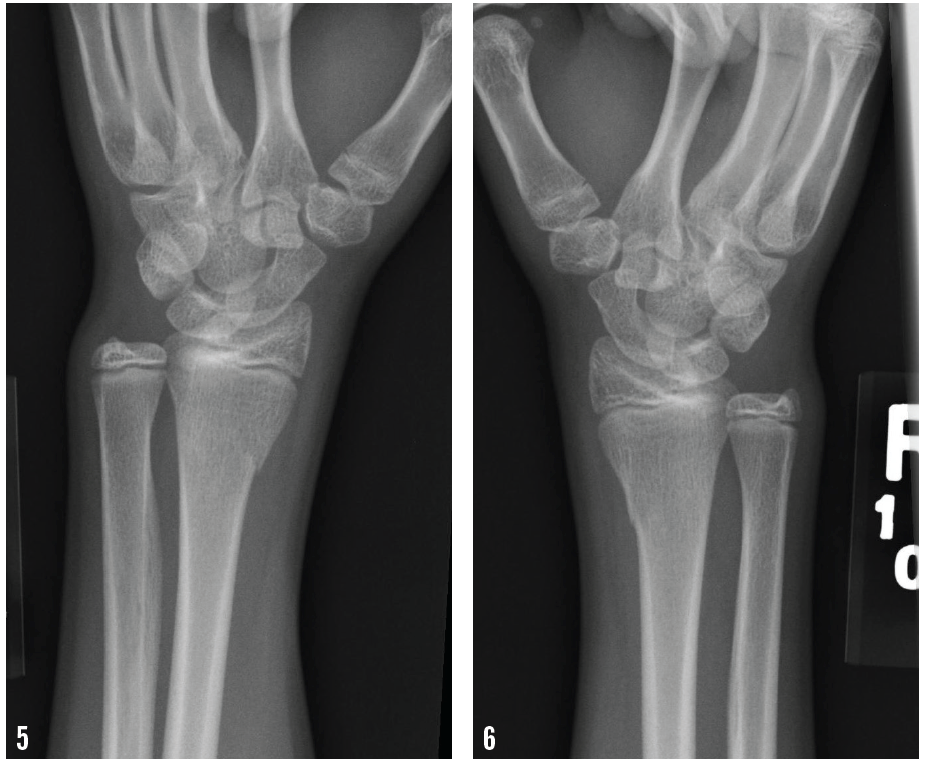 Suzanne M. Condron, MD, is in the Department of Pediatrics at Kelsey-Seybold Clinic’s Fort Bend Medical and Diagnostic Center in Sugar Land, Texas.

The author thanks Anthony Greisinger, PhD, executive director of the Kelsey Research Foundation, for helping to prepare the manuscript.