A 13-Month-Old With Right-Sided Weakness

A 13-month-old previously healthy girl presented with a 1-day history of decreased right-sided movement and fussiness. Her parents noted that she had less movement on her right side, had some instability standing and sitting, and was using only her left hand to hold her bottle. She had had some mild upper respiratory symptoms over the previous 2 days.

A basic metabolic panel showed normal electrolytes, along with a normal complete blood count and coagulation panel. Computed tomography (CT) with contrast of the head showed a left basal ganglia lesion consistent with infarct or neoplasm. The patient was admitted to the neurology service, was given nothing by mouth in preparation for magnetic resonance imaging (MRI) under sedation, and started on aspirin 81 mg daily.

Since an ischemic event was high on our differential diagnosis list, echocardiography was performed. The results showed profound dilated cardiomyopathy and markedly diminished left ventricular function, with an ejection fraction of approximately 30% (Figure 1). Electrocardiography (ECG) results showed that the patient’s heart was in an accelerated junctional rhythm (AJR) (Figure 2). 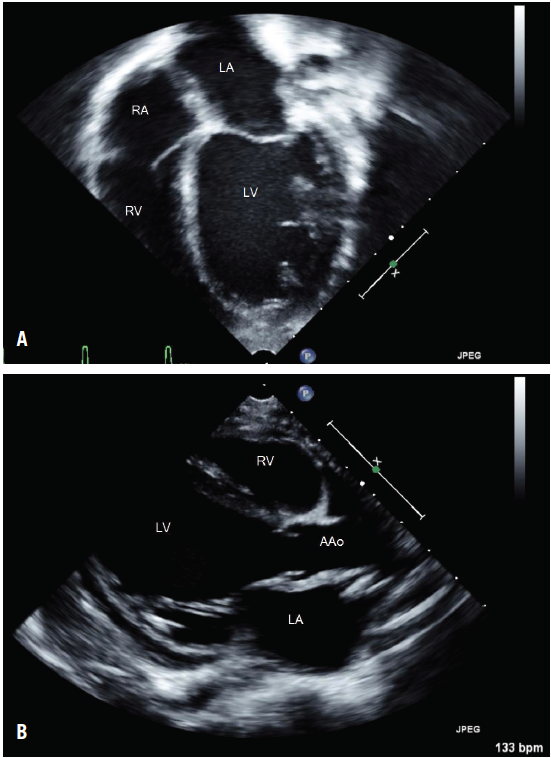 A milrinone drip was begun, and the patient was transferred to the pediatric intensive care unit. Intravenous immunoglobulin was given at 2 g/kg at that time, with diagnostic tests for infectious diseases done before administration. An MRI scan was completed, and the results were consistent with an acute infarct in the left middle cerebral artery distribution (Figure 3). 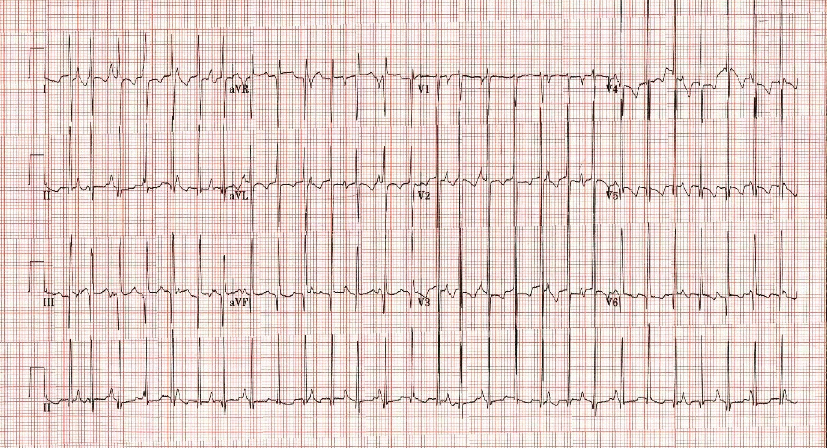 The patient subsequently was transitioned off of milrinone to a regimen of aspirin, spironolactone, furosemide, enalapril, carvedilol, and amiodarone. A cardiac catheterization demonstrated normal coronary artery anatomy. Thyroid function studies, drawn for evaluation of hyperthyroidism, were consistent with sick euthyroid syndrome. Blood and urine cultures remained negative for infectious agents throughout admission. Tests for HIV, cytomegalovirus, parvovirus B19, Epstein-Barr virus, human herpesvirus 6, echovirus, adenovirus, coxsackievirus A, and coxsackievirus B were all negative. Acylcarnitine profile results were normal, as were the newborn screening results obtained from the patient’s pediatrician.

Pediatric stroke of arterial ischemic origin is an uncommon finding, often with a delayed diagnosis regardless of outpatient or inpatient presentation.1,2 The incidence of arterial ischemic stroke is estimated at 2.4 per 100,000 children per year, with a median interval from symptom onset to diagnosis of almost 23 hours.2,3 The diagnosis is particularly challenging in infants, who are unable to verbally express more subtle symptoms and may present without focal neurologic signs. Nearly half of children who experience pediatric ischemic stroke have an identifiable predisposing cause, with 31% of those attributable to cardiac issues.4,5

Cardiomyopathy, myocarditis, and arrhythmia are all individual risk factors for arterial ischemic stroke.1 In these instances, decreased or disordered left ventricular wall motion leads to spontaneous cerebral embolism and stroke. The paucity of literature on pediatric ischemic stroke has prevented research-based recommendations on specific treatments; therefore, treatment guidelines have been extrapolated from adult studies.1,5 Initial therapy should include either unfractionated heparin or low-molecular-weight heparin.1,5,6 Aspirin, an accepted alternative to heparin, should be dosed at 1 to 5 mg/kg/day. In nonadolescent pediatric patients, the use of thrombolytics, including tissue plasminogen activator, is not recommended. The morbidity of arterial ischemic stroke is profound and includes permanent deficits and impairment of normal development.

AJR is a rare arrhythmia in a pediatric patient who is not in the immediate postoperative period after cardiac surgery. AJR originates as an abnormal automaticity at the atrioventricular junction.7,8,9 It is a tachycardia with a rate less than the 95th percentile for age, distinguishing it from junctional ectopic tachycardia (JET), which has a rate above the 95th percentile.7 Our patient’s ECG had narrow QRS complexes with atrioventricular dissociation, rate variability, and occasional sinus capture beats.

In a recent review, amiodarone alone or in combination with other antiarrhythmics was the medication most often used successfully as rate control therapy.7,9,10 Treatment is indicated in patients with symptoms, with decreased ventricular function, and with adverse events such as stroke.9

It is possible for both JET and AJR to be congenital rhythms, eventually causing cardiomyopathy, or to be an arrhythmia resulting from infectious myocarditis.7-9,11 In our patient, who had no evidence of infection, it is unclear whether the arrhythmia or the cardiomyopathy came first. Patients with either JET or AJR who are older than 6 months of age typically have good outcomes on antiarrhythmic therapy, whereas patients who receive the diagnoses before the age of 6 months have higher rates of morbidity and mortality.7,9 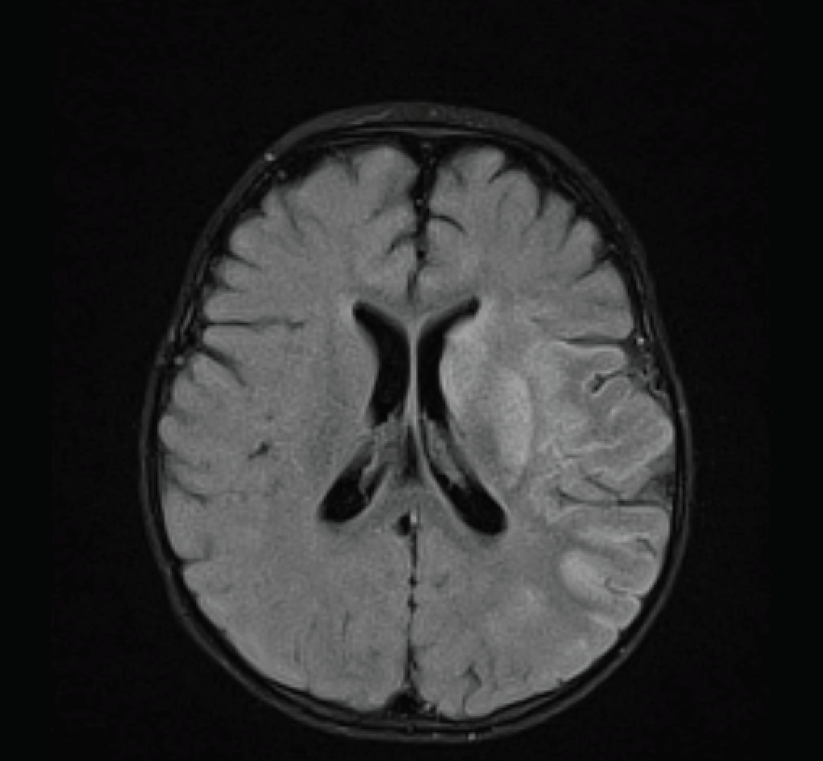 Our patient was discharged home on aspirin, spironolactone, furosemide, enalapril, carvedilol, and amiodarone for her AJR. She had begun to have spontaneous movement of her right-sided extremities and had adequate rate control of her junctional rhythm. At her most recent follow-up visit, several months after discharge, her medications were unchanged except for spironolactone, which has been stopped. With the help of frequent physical therapy, she is cruising well with good exercise tolerance, but she still is putting most weight on her left side, she has 4/5 strength in the upper and lower extremities on the right side, and her right foot rolls with walking. Her most recent ECG showed a junctional rate of 107 beats per minute, and echocardiography revealed an improved ejection fraction of 53%.

5.  Roach ES, Golomb MR, Adams R, et al. Management of stroke in infants and children: a scientific statement from a Special Writing Group of the American Heart Association Stroke Council and the Council on Cardiovascular Disease in the Young. Stroke. 2008;39(9):2644-2691.