For many months, a 50-year-old woman had had non-specific headaches. She denied any vertigo, light-headedness, nausea, or vomiting. There was no history of seizures, loss of consciousness, or head trauma. Her medical history was significant for a rash on the legs of 2 years’ duration. In the past, the patient had undergone mediastinal lymph node biopsy, which showed evidence of non-necrotizing granulomatous inflammation consistent with sarcoidosis.

The patient was comfortable at rest, and she was in no acute distress. Heart rate was 78 beats per minute; blood pressure, 120/70 mm Hg; respiration rate, 14 breaths per minute; and temperature, 36°C (96.8°F). The skin examination revealed maculopapular lesions with well-defined margins on the legs; they were 2 to 3 cm in diameter and irregular to circular in shape (Figure A). No discharge or crusts were noted over these lesions. Lungs had a bilaterally equal air entry. The cardiac examination revealed normal first and second heart sounds with no murmurs, friction, rub, or gallop. Abdomen was soft, with normal bowel sounds, and no organomegaly was noted. 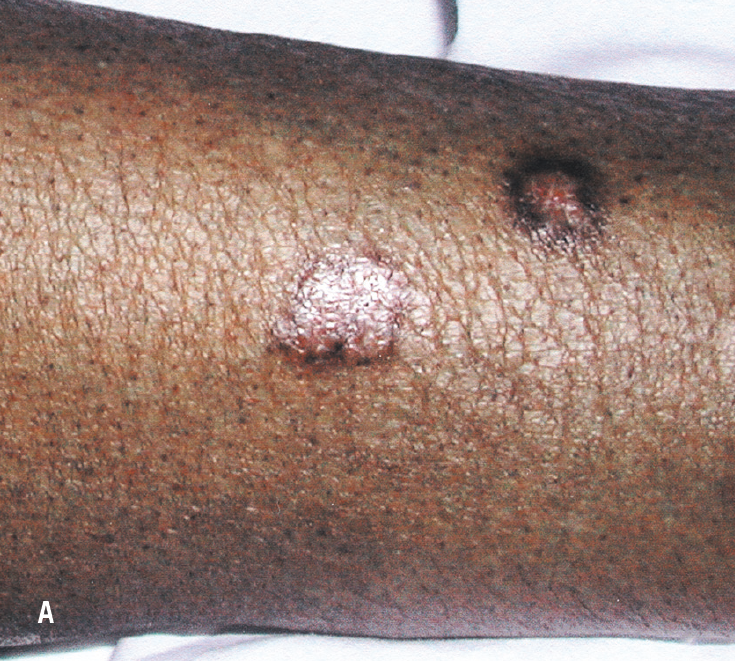 Neurological examination revealed that cranial nerves were intact with no cerebellar or sensory or motor signs. Fundus examination was normal. The laboratory parameters were within normal limits except for increased calcium level of 11 mg/dL. Her serum angiotensin-converting enzyme level was 90 mcg/L (normal range, 8 to 52 mcg/L).

A chest radiograph revealed bilateral hilar lymphadenopathy (Figure B). An MRI scan of the brain showed punctate lesions in both the hemispheres (Figure C). 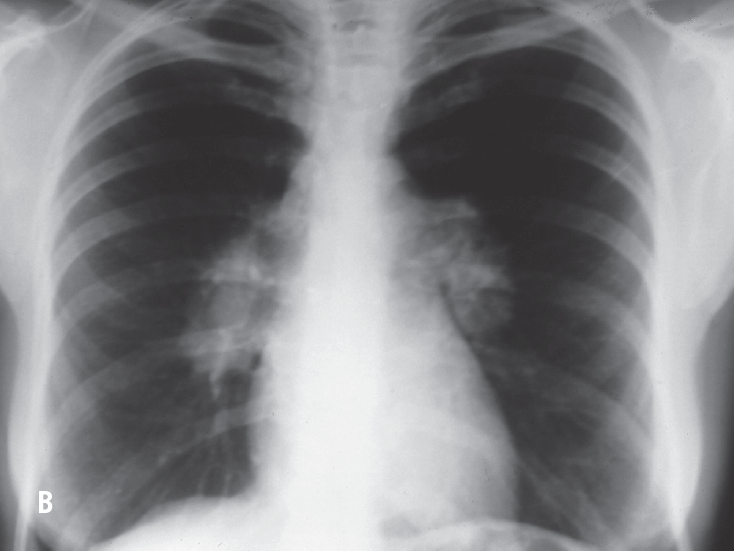 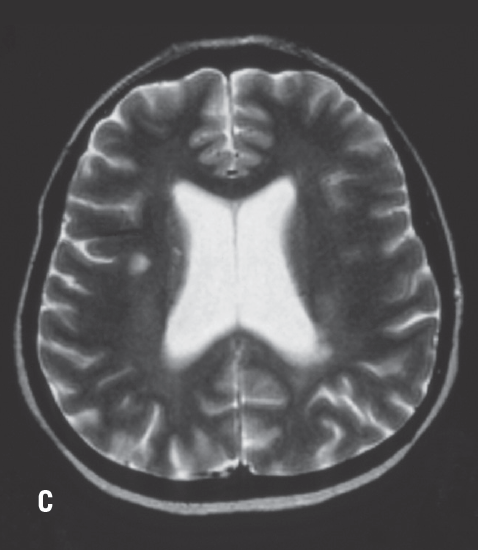 She also had evidence of neurosarcoidosis: on the MRI scan of the brain many white matter lesions were noted in both hemispheres. Clinically such lesions can also be mimicked by multiple sclerosis, tuberculosis, meningiomas, metastatic diseases, and vasculitis. Sarcoidosis may affect virtually any part of the nervous system. Although neurosarcoidosis often presents without history or evidence of systemic disease, evidence of systemic involvement should be aggressively sought to support the neurologic diagnosis and to guide therapy.

The cerebrospinal fluid (CSF) examination is of limited value, although it helps rule out infectious causes. In patients with neurosarcoidosis, increased protein, mild lymphocytic pleocytosis and, occasionally, low glucose levels can be found. Abnormal T-4:T-8 may be seen in the CSF. Oligoclonal bands, which are more typically associated with multiple sclerosis, are absent in neurosarcoidosis.

The treatment of neurosarcoidosis is usually prolonged. Prednisone is the drug most commonly used, but in resistant cases immunosuppressive agents, such as azathioprine or cyclophosphamide, can be used.