A 54-year-old Texas woman consulted a dermatologist with concern about a suspected insect bite on her foot. It was early fall, and she had gone outside to water the garden. When putting on her sandals, she felt a sharp burning pain in her right foot; she reported that it felt as though someone had put out a cigarette on it. Initially, she suspected a wasp sting, but when she saw a “furry whitish-gray cotton ball,” she knew it was an asp caterpillar.

Physical examination findings were significant for an erythematous, annular, maculopapular lesion that outlined the shape of the caterpillar on the dorsum of her right fifth toe (Figure 1). She was diagnosed with caterpillar dermatitis, or lepidopterism. 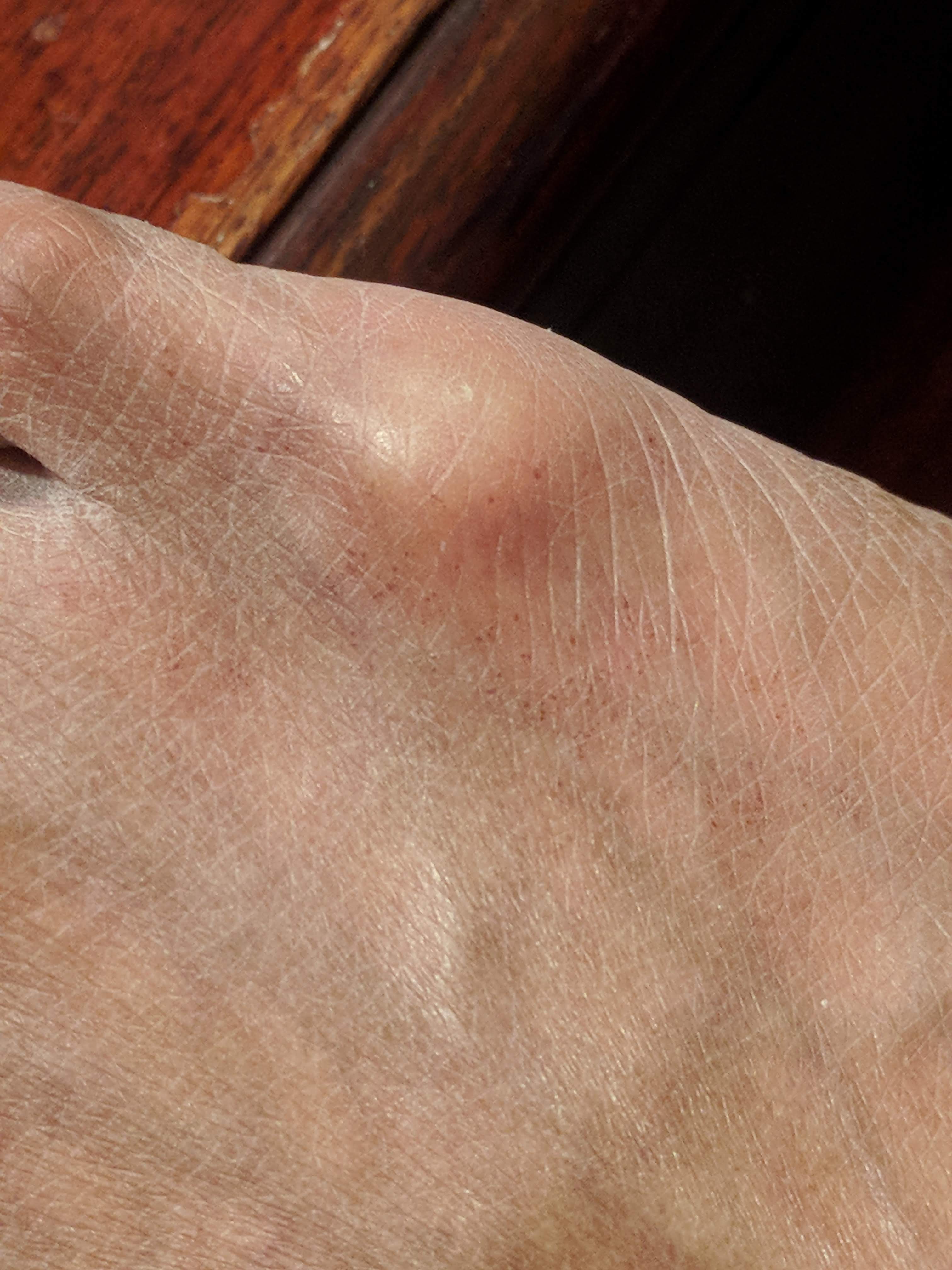 Figure 1. A maculopapular rash below the fifth toe, outlining the shape of the asp caterpillar.

To remove any lingering venomous spines, adhesive tape was applied to the area and was slowly removed. Oral corticosteroids, an oral antihistamine, and topical cold creams were recommended, and she was advised to keep well hydrated. However, because the pain had begun to radiate to the lower part of her leg, gabapentin was prescribed. The pain abated after 12 hours, but the redness persisted for 2 days. Episodic pruritus continued for approximately 2 weeks.

Discussion. Of the more than 150,000 species of butterflies and moths in the United States, approximately 50 have the ability to inflict a painful sting. The most dangerous is the asp caterpillar, which is the larva of the southern flannel moth, Megalopyge opercularis (Figure 2).1 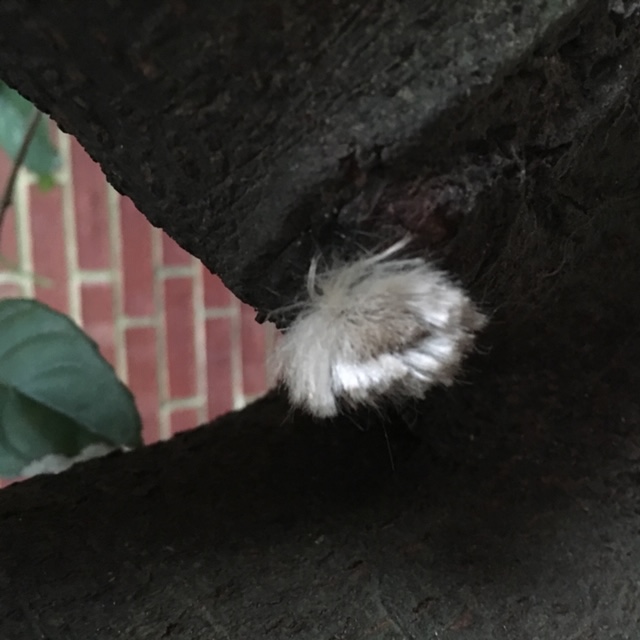 The caterpillar is also known by a number of common names, including puss caterpillar, Italian asp, woolly slug, opossum bug, puss moth, tree asp, or perrito.2 It measures approximately 1 inch in length and is shaped like a teardrop, with colors varying from reddish brown to grayish silver.1 A thick cover of dense fur hides pairs of hollow venomous spines, which cause a gridlike or “tram-track” pattern of hemorrhagic papules after contact with skin. The adult moth is completely harmless.

The asp does not sting in the sense that bees and wasps do. Mixed in with its long body hairs are shorter spines that discharge venom after contact. Although the venom is not well-characterized, it is composed of several chemical irritants. In addition to the characteristic localized symptoms, more general systemic manifestations may include nausea and vomiting, allergic reactions, fever, headache, muscle cramps, numbness, swelling, seizures, and shock.2,3 Other symptoms include white spots, pruritus, red streaking, and individual accounts of chest pain, rash, ecchymosis, tingling, and blistering.3,4 The exact mechanism of action is not clear, but an irritant reaction, hypersensitivity, or toxic envenomation are possible causes. Some individuals react more severely to stings than others, and the severity of the sting varies with the thickness of the skin where the sting has occured.2

Asp caterpillars are seen from New Jersey southward to the states bordering the Gulf of Mexico but reach the greatest abundance in Texas. They produce 2 generations a year, leading to a bimodal peak in late spring and late fall.1 Rosebushes and oak, elm, and citrus trees are common habitats.2

Persons most at risk for asp caterpillar stings include forestry workers, farmers, entomologists, gardeners, and children who climb trees. A case series of asp stings reported to Texas poison centers from 2000 to 2016 included more than 200 reports a year.5 The monthly number of stings was highest in July (12%) and in October and November (59%). Patients were female in 53% of cases and aged 20 years or older in 56% of cases. In 91% of cases, the sting occurred at the patient’s home. Only 11% of those stung visited a health care facility for treatment. Dermal effects were reported in 90% of cases, the most common being irritation/pain (84%), puncture/wound (45%), erythema/flushed (29%), and edema (15%).5

Ecological disturbance from human activity, particularly in urban areas, exacerbates the presence of asps and the risk of being stung. A study at the Texas Medical Center in Houston showed an increased abundance of asps in trees that had been netted to deter urban pest birds such as pigeons and grackles. When the birds, which are the apex predators for asps, were unable to access the trees, the asp population flourished.6

Health care providers need to be aware of this venomous caterpillar and the treatment options for stings. Analgesics for pain, oral antihistamines, and topical antipruritic agents usually suffice, but gabapentin may be needed for some patients who experience radicular pain.