A 72-year-old white woman with hypertension, hypothyroidism, breast cancer (in remission), and monoclonal gammopathy of undetermined significance (MGUS) presented with a sore throat and sinus congestion of 1-month duration.

History. The patient had previously been seen at an urgent care clinic and was prescribed nasal fluticasone propionate as well as a 10-day course of cefuroxime, which did not help her symptoms. During the visit, she complained of “full sinuses,” sore throat, and mild right-sided neck discomfort. She had been using a Neti pot without relief. She denied any fevers, tooth pain, anosmia, or rhinorrhea.

Physical examination. Examination revealed a well-appearing and comfortable female, lungs were clear to auscultation bilaterally. There was no sinus tenderness to percussion and no significant nasal discharge. Cervical examination was performed due to her complaint of right-sided neck discomfort. There was good range of motion and the only complaint elicited was a “crunching” feeling during range of motion testing, which was attributed by the patient as due to her arthritis.

Laboratory tests. The patient was advised to continue with her current treatment and a sinus CT was ordered to evaluate the paranasal sinuses.

Later that evening, the radiologist informed us that our patient had no evidence of sinusitis but had unstable C1 and C2 vertebral fractures with atlantoaxial subluxation. The patient was immediately contacted at home and instructed to call 911 to be transported to the local emergency room immediately. The patient was initially reluctant since there was no history of trauma and she had been able to go about her daily activities with no problems, and as a matter of fact was getting ready to go out to dinner, but after some cajoling agreed to be taken to ER via squad. 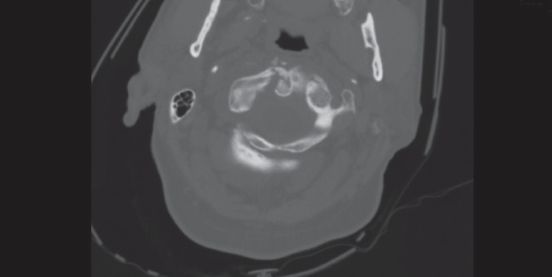 Figure 1. Fracture through the base of the odontoid. 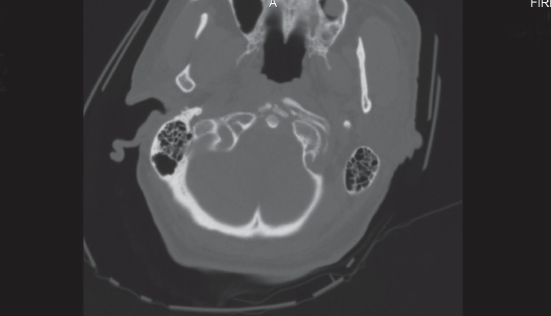 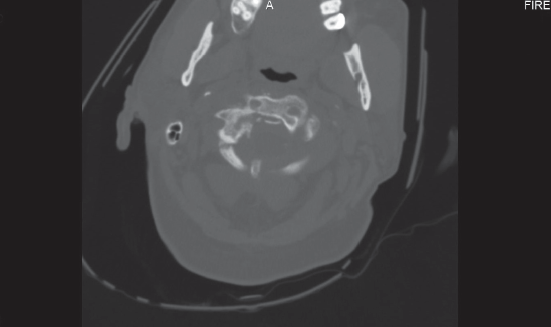 Figure 3. Fracture through the posterior arch of C1.

The patient was admitted to the ICU and neurosurgery was consulted. MRI of the cervical spine confirmed the CT findings. There was also abnormal enhancing soft tissue density surrounding the dens and abnormal bone marrow signal intensity involving C1 and C2, which was suspicious for metastatic disease or rheumatoid arthritis (RA). The patient was placed in a halo for immediate stabilization.

Since the patient had no history of RA, that diagnosis was deemed less likely than metastatic disease. The patient had been successfully treated for stage II breast cancer several years ago and was in remission, and followed-up regularly with her oncologist who monitored this condition as well as her MGUS. When her oncologist was consulted, his initial concern was to rule out metastatic disease.

The patient underwent CT of the chest, abdomen, and pelvis as well as a 3-phase bone scan, all of which were negative for malignancy or metastatic disease. Labwork ordered by oncology included rheumatoid factor and antinuclear antibodies (ANA). The patient’s rheumatoid factor was elevated at 16.2 IU/mL and her ANA was 1:160.

The final diagnosis was pathologic cervical fracture due to RA. The patient eventually underwent a successful occipitocervical stabilization and fusion, and recovered well.

Discussion. Cervical involvement in RA has been well-documented as a long-term sequelae of RA. The most common abnormality is atlantoaxial subluxation. Spontaneous and atraumatic cervical fractures are less common; most cases of atraumatic fractures involve only the odontoid.1-4 The search also returned some cases of cervical vertebral fractures in RA, but those case reports involved ankylosed vertebrae and traumatic events, and none were atraumatic. The tissue destruction due to RA that leads to joint instability causes atlantoaxial subluxation in the cervical spine. Presumably, this also caused the atraumatic cervical fracture in our patient.

The diagnosis of RA in this patient was surprising, given the fact that the patient did not have any significant cervical pain and her main reason to seek medical attention was her sinus discomfort. The patient had never been diagnosed with RA in the past and apparently, prior to establishing care with us, did not have symptomatology that warranted a rheumatoid work-up by previous physicians. She did not complain of polyarthralgias and did not have any physical signs of RA, such as ulnar deviation of the fingers or rheumatoid nodules. Her overall physical appearance did not suggest long-standing RA.

This case is a reminder that in elderly patients that complain of any cervical issues (such as the neck discomfort or the “crunching” described by the patient when moving her neck), obtaining a set of plain films is imperative prior to considering any manipulation of the cervical spine, particularly in techniques that involve high velocity or extremes of range of motion.

Acknowledgement: Thanks to Dr Karen Sheehan, radiologist at Firelands Regional Medical Center, for her assistance in the preparation of this case report.