What Is Causing the Twinkle in a Patient’s Eye?

A 68-year-old new patient presented to a primary care provider for a routine checkup. Examination of the left eye with an external light source (otoscope) revealed the findings depicted in Figure 1. 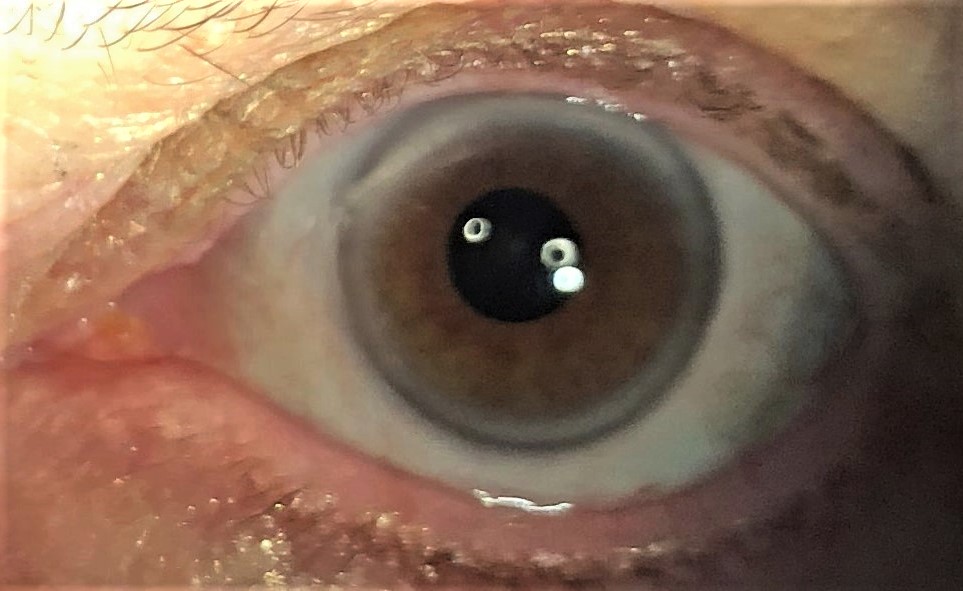 Figure 1. The patient’s left eye during examination with an otoscope light source.

The twinkle in this patient’s eye is a result of pseudophakia, with a normal Purkinje 1 (P1) reflex and prominent Purkinje 3 and 4 (P3 and P4) images (reflexes) (Figure 2). Pseudophakia refers to an eye in which the natural lens has been replaced with an implanted artificial intraocular lens (IOL). 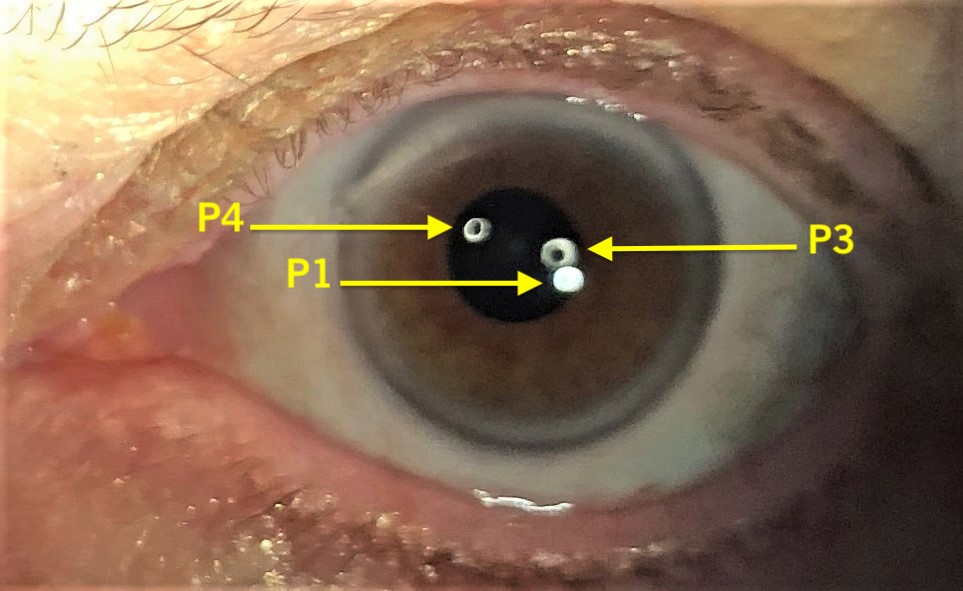 Figure 2. The patient’s left eye during examination with an otoscope light source showing a normal P1 image and prominent P3 and P4 images. 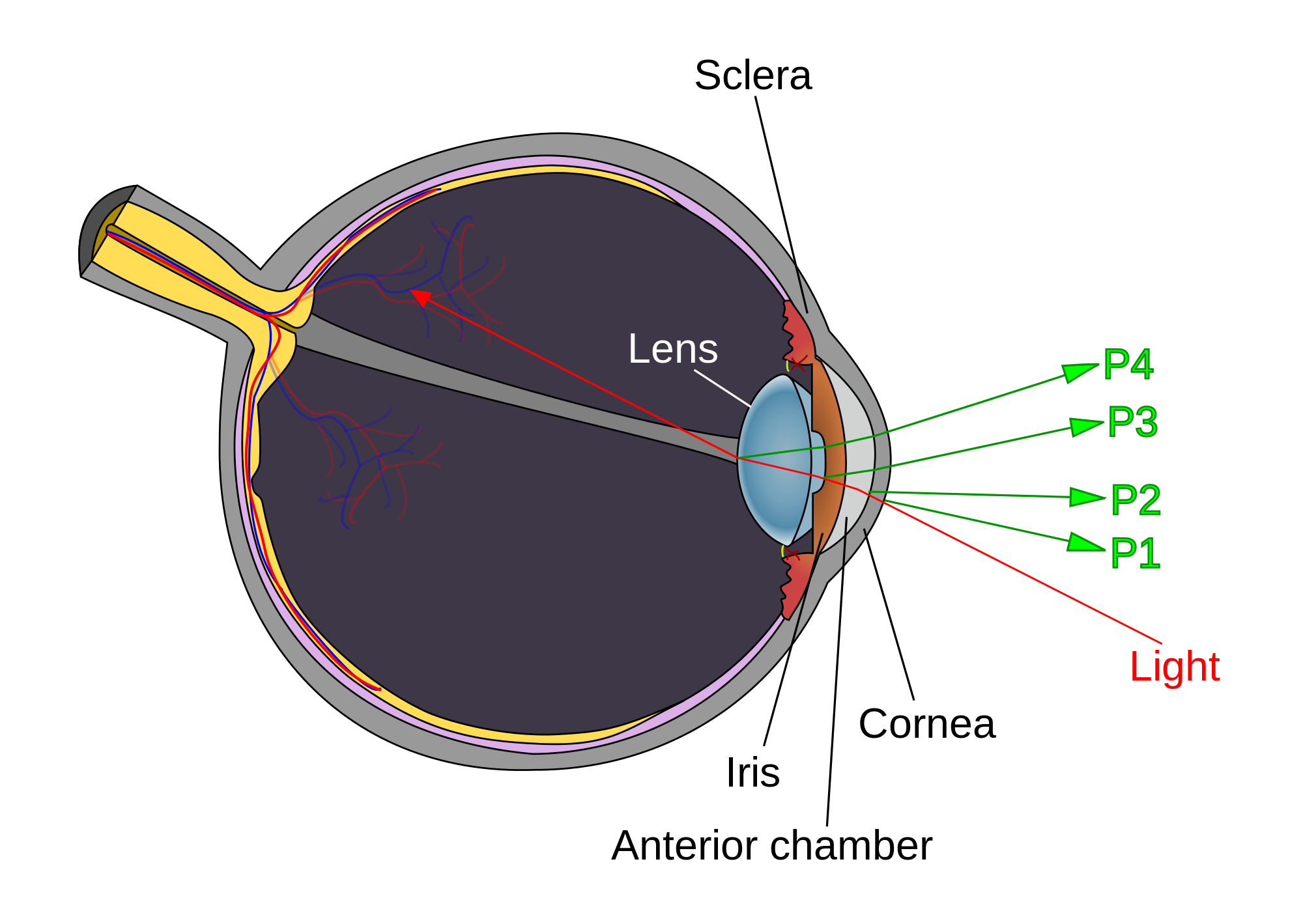 P1 is the only light reflex that the primary care provider will typically observe with a penlight or other external light source in a phakic (containing a natural lens) eye. The other Purkinje images are not typically seen in a phakic eye unless a slit lamp is utilized. In the pseudophakic eye, however, the refracting surfaces of the intraocular lens (IOL) have excellent optical properties. IOLs made of high-index acrylic can have a relative glare intensity of reflections in the range of several hundred to several thousand times greater than the natural lens.4 Because of these properties, P3 and P4 are now readily observed as rounded shining reflections. The intensity of the P3 with IOLs is why some patients report having a “glimmer” in their eyes after IOL implantation.3

HOW TO MAKE THE DIAGNOSIS

The technique for observing Purkinje reflexes in a pseudophakic eye is as follows: The examiner, facing the patient, shines the light source on the lateral aspect of the patient’s eye. The corneal reflex (P1) is visualized on the lateral aspect of the pupil. The light source is then moved medially as the examiner looks for additional Purkinje light reflexes approaching from the medial aspect of the pupil. P3 and P4 in this case look like small shining bubbles (Figure 1) as they take on the characteristic of the otoscope light source (Figure 4). The accompanying Video demonstrates visualization of the Purkinje reflexes in a patient with an IOL implant.

Video. Visualization of the Purkinje reflexes in a patient with an IOL implant. 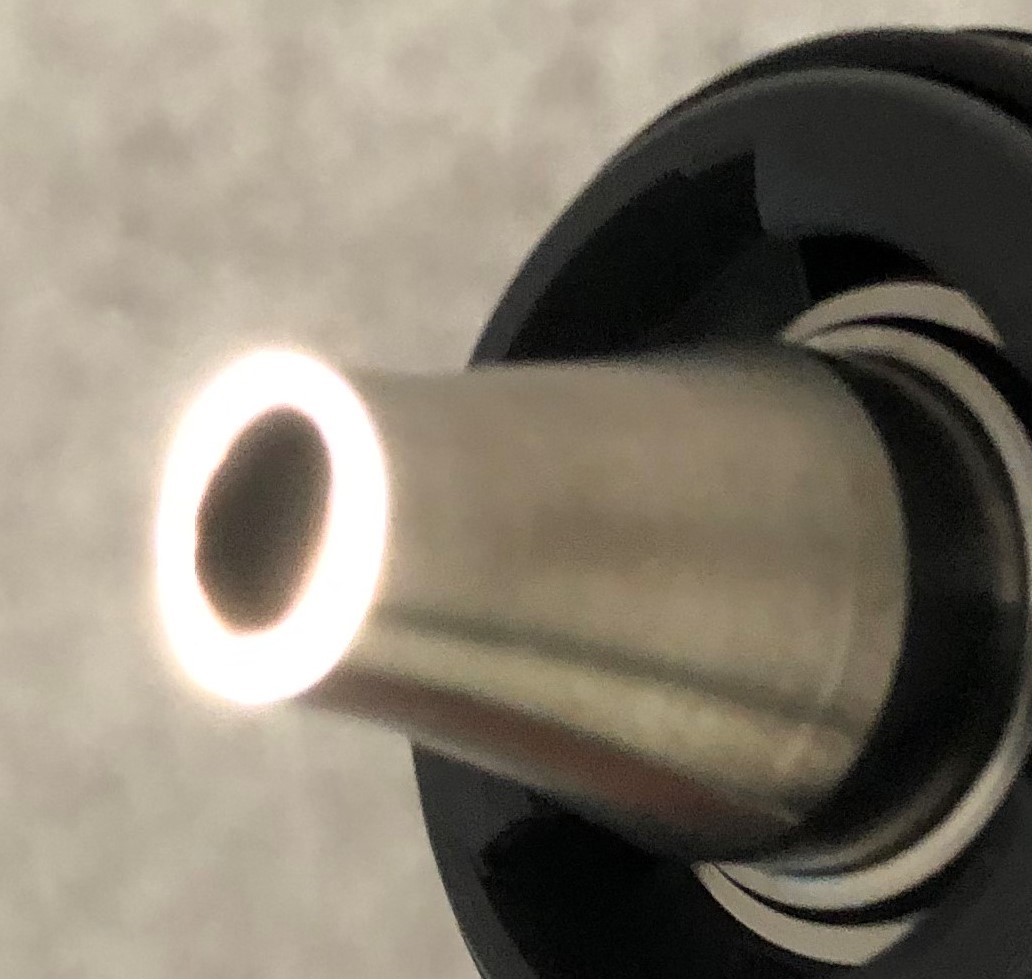 Figure 4. An illuminated otoscope. Note in Figure 1 and in the accompanying Video, the halo appearances of P3 and P4 are due to the halo of light projecting from the otoscope.

Even experienced primary care providers often do not recognize or understand this rapid and simple way to detect pseudophakia. Given that many patients do not recall the specifics of their histories, this examination finding can help clinicians better document the patient’s ophthalmologic history.