How Would You Diagnose This Red Patch on an Older Man’s Face?

An 87-year-old man presented to our clinic for evaluation of progressive redness limited to the right cheek that had worsened over the past few months (Figure 1). He denied pain or itching. The red patch was treated with minocycline, 100 mg twice daily for 10 days for presumed rosacea. However, treatment did not improve the patient’s symptoms. 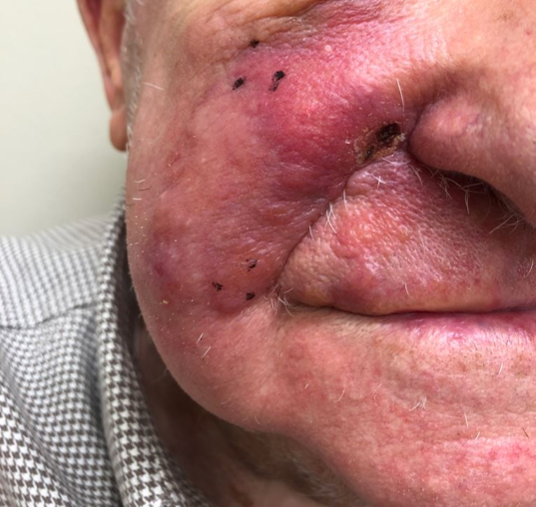 Figure 1. The patient presented with a red patch on his right cheek.

His medical history was unremarkable except for essential hypertension and hypercholesterolemia. A physical examination revealed erythema and induration but no scaling or pustules. A biopsy was also conducted (Figure 2). 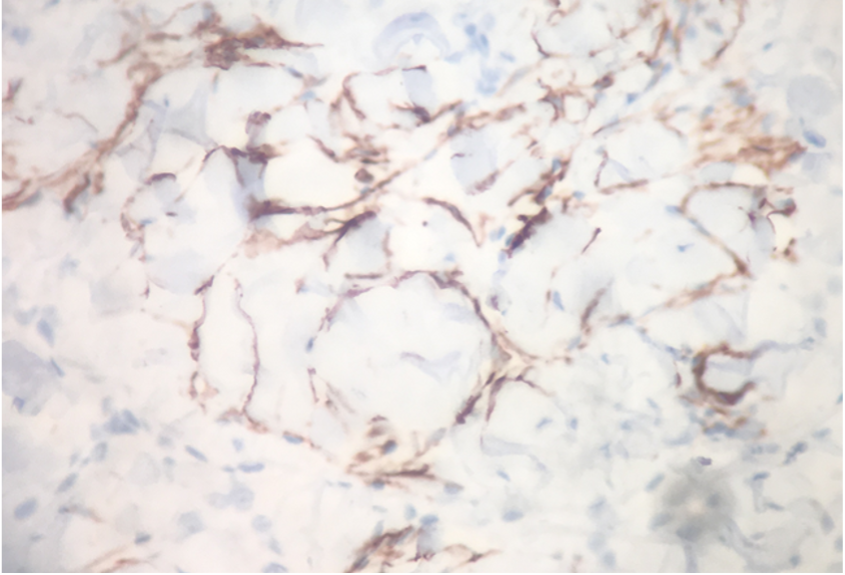 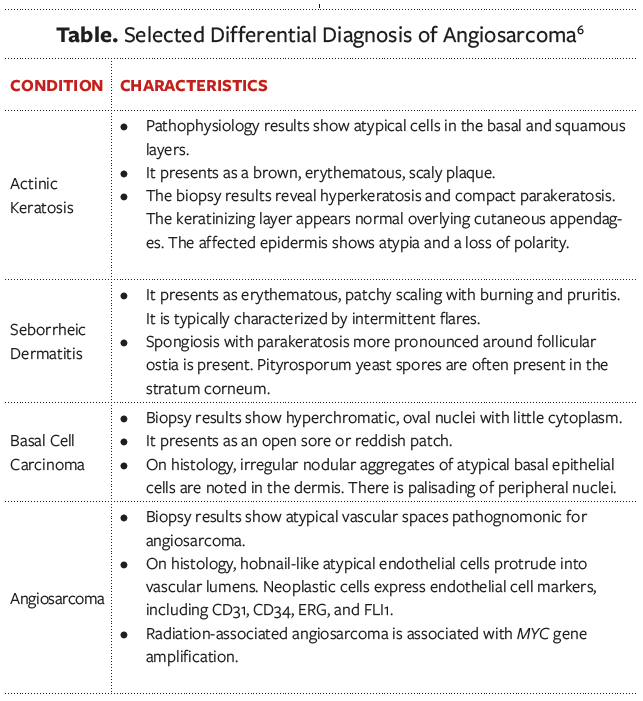 Any progressive lesion that worsens should prompt a biopsy to clarify the diagnosis. Angiosarcoma is rare, but other types of cancer such as lymphoma can be associated with a similar clinical picture. Angiosarcomas may have several different types of presentations.1-3 Lesions may arise in the setting of chronic lymphedema (Stewart-Treves syndrome), in an area previously treated with radiation therapy, or on the head and neck of elderly individuals. A combination of surgical excision, radiotherapy, and angiogenesis inhibitor treatment are helpful. The diffuse nature of most tumors makes complete resection difficult. Paclitaxel is usually the chemotherapeutic agent of choice, with multikinase inhibitors serving as second-line therapeutic agents.2

In actinic keratosis, lesions initially appear as small papules or plaques with a sandpaper-like texture.  Actinic keratoses are considered premalignant.4 Lesions may turn brown or erythematous and scaly. Histology shows atypical cells in the basal and squamous layers and an absent granular layer along with hyperkeratosis or parakeratosis (Figure 3).5 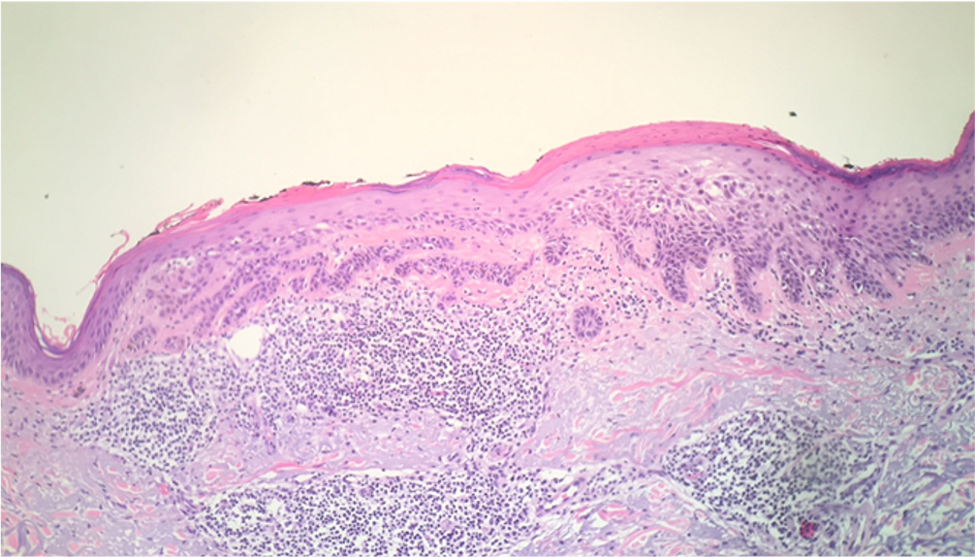 Figure 3. The biopsy would show compact parakeratosis and atypia of the epidermis. Actinic budding would be noted (Hematoxylin and eosin-stained sections; 400× magnification). Image courtesy of Thomas Helm, MD.5

Seborrheic dermatitis typically presents in areas of high sebaceous activity. This condition is characterized by intermittent flares with asymptomatic periods and presents as a hyperkeratotic, scaly plaque. Patients exhibit erythematous, patchy scaling associated with burning and pruritis on the face, back, or neck. Histology typically shows spongiosis with parakeratosis around the follicular ostia (Figure 4). 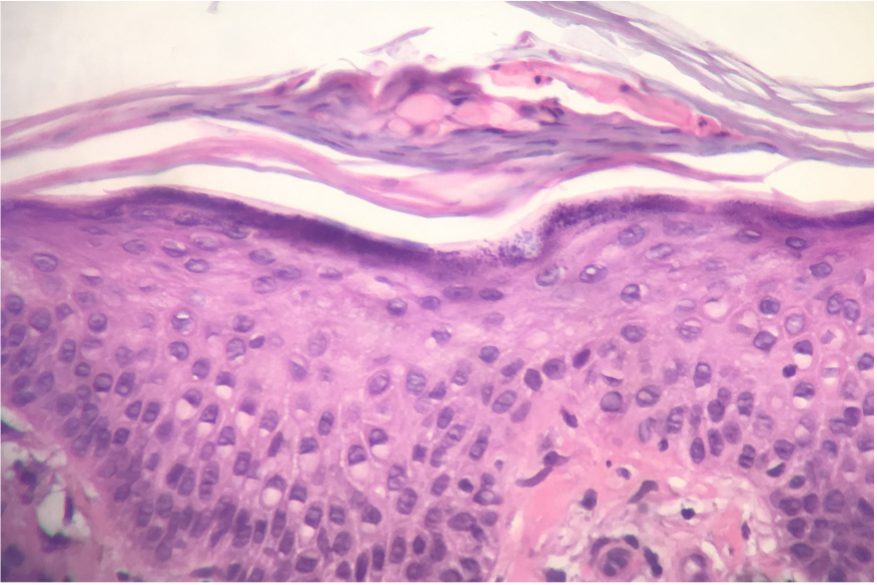 Figure 4. The biopsy would reveal spongiosis and scale crust. Atypia of the epidermis is not identified. (Hematoxylin and eosin-stained sections; 400× magnification) Image courtesy of Thomas Helm, MD.5 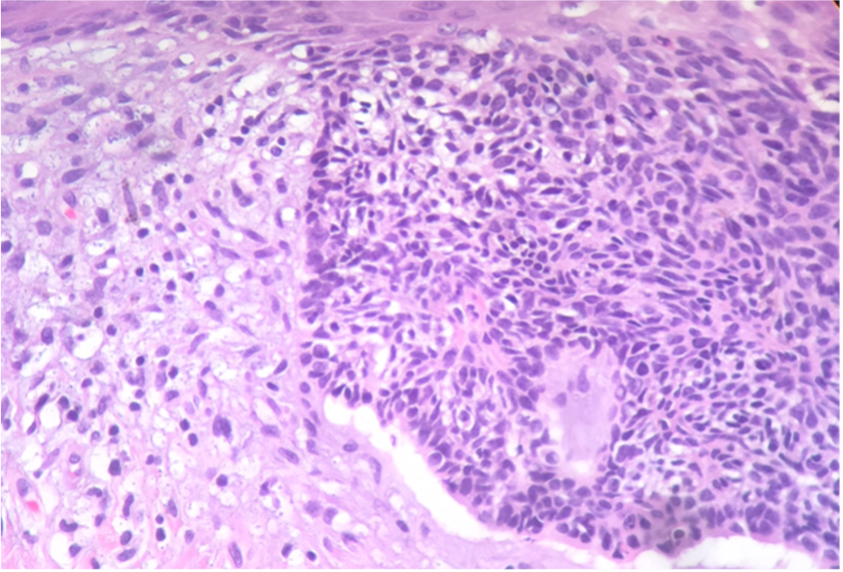 Figure 5. A biopsy would reveal a tumor composed of basaloid cells with scanty cytoplasm. Retraction artifact is noted, and there is peripheral palisading of nuclei (Hematoxylin and eosin-stained sections; 400× magnification). Image courtesy of Thomas Helm, MD.5